Home
» Newsletters
» Full Articles
» How often do you think about your breathing?

How often do you think about your breathing?

How often do you think about your breath?

It’s something we do thousands of times a day without even thinking about it. Otherwise known as ventilation, the process of breathing seems straightforward. 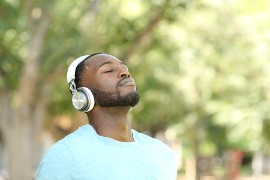 Breathing is an exchange of gases through inhalation and exhalation. Specifically, we absorb the oxygen from air we breathe in and expel carbon dioxide into the atmosphere as we breathe out. We need oxygen to create fuel for all our vital functions, and the process creates carbon dioxide as a waste product.

However, controlled breathing, or pranayamic breathing, can have profound effects on our autonomic nervous system. Over breathing, or hyperventilation, also affects our state of being.

Pranayamic breathing has been practiced by yogis for thousands of years to increase energy, release stress, and improve mental well-being.  But is there really something to this, or is it simply a long-lived tradition?

Science has revealed the answer as to why this practice has stood the test of time. In order to understand how it works, though, we must first understand the autonomic nervous system.

Every living human has an involuntary control network that acts as a systems regulator. We call it the autonomic nervous system. It functions to ensure our survival and maintain a state of balance, or homeostasis.

It has two different branches. The sympathetic nervous system, or fight-or-flight response, allows us to get away when danger lurks, stand up to a competitor, or sometimes even freeze. The parasympathetic nervous system, or rest-and-digest response, takes our bodies into a state of calm. This allows us to heal, absorb nutrients, and prepare for the next task.

In today’s fast-paced world, many of us spend far too little time with the parasympathetic system activated. This is where breathing comes in. (Spoiler alert: yogis really were on to something.)

The theory as to why this happens is that the slowing of breath resets the autonomic nervous system, signaling that rest-and-digest mode might be needed. One study of medical students found that controlled breathing practice over six weeks significantly improved cognition, anxiety, and general well-being.

There is, however, such a thing as breathing too much. Hyperventilation, or over breathing, is characterized by taking quick, deep breaths. It is often a result of anxiety or panic, so that the brain and muscles can get more oxygen. As a result, the blood levels of carbon dioxide become lower. This can lead to many other issues, such as dizziness, shortness of breath, and rapid heartbeat.

Controlled breathing is a great way to increase calmness and invigorate your body. By activating your parasympathetic nervous system, it allows your body time replenish adrenaline and energy.

More than likely, you’ll feel a sense of calm, rejuvenation, and mental clarity. It’s a free, quick, and medication-less way to improve your health!